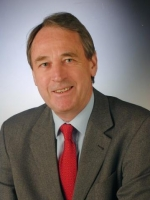 Lech A. Bukowski is a professor for Management Engineering at the University of  Dąbrowa Górnicza (Poland). His area of interest includes System Science, and especially Systems Engineering, Quality and Reliability Engineering, Resilience Engineering and Industrial Logistics. He has published more than 220 scientific papers and he is the author or co-author of 12 monographs in Polish, English and German language.

He has graduated from the AGH University of Science and Technology Cracow (Ph.D. degree in 1976 and D.Sc.- Habilitation in 1990) and he achieved the title Professor of Engineering in 1998.  In 2003 Prof. Bukowski received an honour of Professor Honoris Causa in the Technical University Clausthal (Germany). He is an active member of the Scientific Committees of many international congresses and conferences (e.g. chairman of the Conference Total Logistic Management since 1996) and member of the editorial boards of scientific periodicals. Since 2002 Prof. Bukowski has been a member of the Siemens Award Chapter. He has been invited to academic institutions as a Visiting Professor in such countries as: the United States of America, Germany, Austria, Czech Republic, Slovakia.